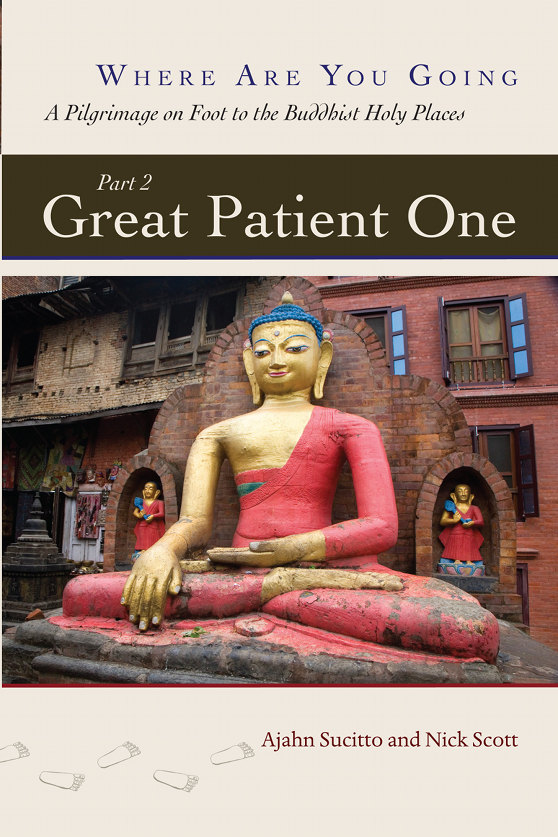 This book is a sequel to Rude Awakenings which began the account of a six-month epic journey by two Englishmen, a monk and layman, around the Buddhist holy places in India. Rude Awakenings was a great adventure story.

While the second part of the journey still had its share of adventure, and some amazing encounters with wildlife including tiger, the novelty of the endeavour had worn off, and the two pilgrims came face to face with both their own and the other’s deeper humanity.

Thus Great Patient One is, for both Ajahn Sucitto and Nick, the more valuable of the two accounts, as in this volume they share their deeper lessons and the powerful resolution of the journey they both experienced at its end.

“Just as this pair of travellers were challenged, inspired, and transformed by their journey, we find ourselves similarly changed.“ Ajahn Amaro, Abbot of Amaravati Buddhist Monastery