The Long Road has Many a Turn 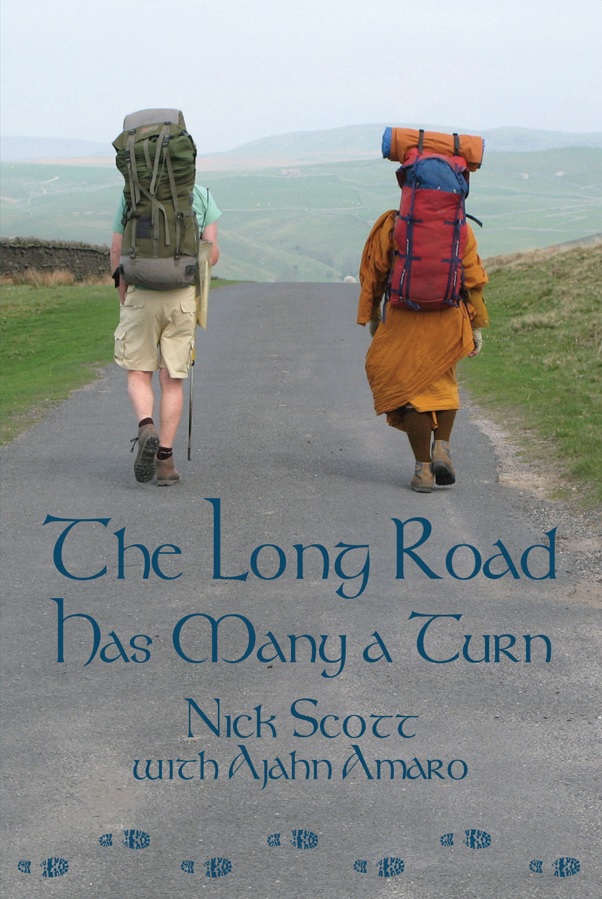 In 1983, while still a junior monk, Ajahn Amaro walked the length of England with Nick over a three month period. His diary of the walk was published as Tudong – The long Road North. Twenty five years later, now an abbot in the US and well known teacher, he and Nick retraced the journey, visiting many of the places and people they encountered so many years before.

This new book is the story of both journeys. Using extracts from the original diary, recordings of conversations that occurred along the way and photographs taken mostly by Ajahn Amaro, Nick recounts the changes they found and their reactions to them. It is a very honest account of how they found things, their own struggles and those recounted by the people they re-met. It deals with difficult subjects like disillusionment and despair, as well as telling uplifting stories of people receiving the results of their good actions. Thus it is also an exploration of karma, our actions, and their potential results.

Ajahn Amaro provides an afterword with his own reflections on the journey, and also recounts how it was this second walk that led to him becoming the abbot of Amaravati Buddhist Monastery.